We got this split system about a year ago. I think it’s time to write a review about him, when they managed to be used in all modes and in various climatic conditions of our Urals. Yes, this air conditioner has lived with us for almost a year now and I have something to tell about it.

Before the beginning of last summer, the question arose of purchasing a split system for a small apartment of 32 square meters, consisting of two rooms. Since this was my first experience in the independent purchase of air conditioning systems, I really did not want to throw money away and be left with nothing. For weeks, a huge amount of information was studied, forums were read, reviews were reviewed. Naturally, like many people, I did not want to spend a lot of money and at the same time I wanted to get a quality product. Famous Japanese manufacturers have been studied. Yes, they are of high quality, they are powerful and with a huge resource, efficient, safe. But, they cost good money. On a budget, the choice was obvious – a Chinese manufacturer. In terms of performance, it was decided to look with a margin, that is, at 9000 BTU. (it was supposed to be installed in a bedroom with an area of ​​16 square meters) because 9000 BTU will be even more economical than 7000 BTU, since 7000 BTU will have to work several times longer and turn on more often than 9000 BTU. According to the budget and specifications, this split model was chosen – a system that is produced at the Gree factory, which can only please. Indeed, it is this production in China that has established itself as a manufacturer of high-quality and reliable equipment in the split-systems market.

And now the time has come to take your purchase. He cost us then 17,700 rubles. The first impression is heavy. The indoor unit weighs 8 kg, it was easily taken by my girlfriend from the store, but the outdoor unit weighs about 25 kilograms and it left a lasting impression on my hands on the way to the car. Which by the way is an excellent indicator for the outdoor unit, but this is its weight. After all, the thicker and larger the heat exchanger, the more efficient the air conditioner and, accordingly, the high-quality outdoor unit adds weight. On the box with the outdoor unit carefully written how to transport it. I note that it is impossible to lay it down in any case, otherwise you can injure the compressor and he will not forgive you for this. Here he is finally at home! After opening the boxes, it was found that all the elements were carefully packed in film and foam. Included instructions remote control and, in my opinion, there were even batteries. The plastic of the indoor unit is strong, does not creak, a couple of filters are installed inside that can be easily removed and washed under the tap.

The second person was engaged in the internal block. In total, all the work from start to finish was done in a couple of hours. Please note that initially from the factory on the indoor unit, the tubes are directed to the left side. In my case, these tubes turned to the right side without any problems! The end design of the indoor unit played a little minus, namely this arc-shaped shiny molding. It looks, of course, beautiful, but during installation it was necessary to hide communications in the cable channel, which is very difficult to flush and without gaps to dock to the block molding. The photo shows.

Now, finally, we will begin to describe the very operation of a split system. Surprisingly, it is not noisy that the external unit, that the internal one. Unless at the external fan the noise of the compressor is added. All last summer they left it to work for the night, it does not interfere absolutely at the first or second fan speed. There is a very useful feature for those who like to fall asleep in coolness, but do not like to wake up from the cold later. You set a comfortable temperature in order to sleep, and during the night and in the morning the air conditioner adds 5 degrees to the one you set. That is, you wake up in relative warmth for your body. At night, you can turn off the display backlight. But the backlight itself is not the control panel! The remote control itself is made with high quality and has a large LCD display. The buttons are nice, pressed perfectly.

There is a delay function for turning off the fan, thus the air conditioner is blown and excess moisture is expelled, after which the heat exchanger starts to sour and smell unpleasant odors. Function of drainage of air. This is when you have high humidity at home. The air conditioner begins to freeze like wild and blow like from an airplane turbine, by the way, the minimum temperature that can be set is +16 degrees (the same applies to the turbo mode). All this is naturally accompanied by abundant condensation of moisture from the air in your room. As for the turbine of the aircraft – at maximum speed the air flow is quite powerful, it diagonally blows through the doorway into the kitchen! In general, you can forget everything that I described above and enjoy the automatic operation of the split system, but this function is also present.

The off-season period has come, when it is already cold outside, and the heating in the houses has not yet been given. And here again, air conditioning saves us! It has an air heating function! The maximum temperature that can be set is +30 degrees. But! There are some limitations to this. You can use heating only at an outdoor temperature of at least 5 degrees. I will explain why. Split – a system like a conventional heater does not have heating elements, but works due to the function of the reverse flow of refrigerant in the system. In other words, with the heating function turned on, split – the system starts heating our room and cooling the street. In this process, the outdoor unit, in which there is a compressor, with oil inside, is naturally involved. At – 5, the oil will simply freeze and the compressor will fail. But even in this case, the progress of mankind has prepared compressor heating kits in the winter, but this is another topic.

To summarize: over the year of operation, no complaints about the split work – the system did not arise, it helps out a lot both in the summer and in the autumn period for heating. It is not unprofitable for electricity consumption, at least I did not notice a strong increase in consumption by the meter and here I want to note this split is an on / off mode system. For information, the most economical are inverter systems, they are quieter, but this is another cost. For all this time of operation, the plastic of the indoor unit has not turned yellow at all, you can observe this from the photo. As for the outdoor unit, it steadily resists all the vagaries of the Ural weather and is not going to rust. After the winter in April, I made a system start-up on the subject of operability, everything works fine, there were no extra noises, nothing soured on the street, everything rotates.
That’s all. Have a nice shopping! 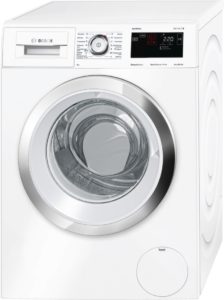 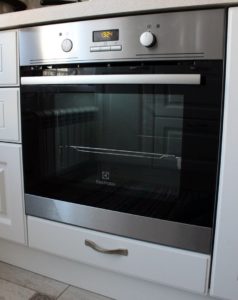 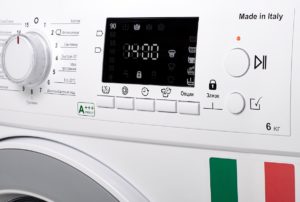