Good day. Today a review on the Logitech G502 LIGHTSPEED Wireless mouse. Initially, in the Logitech gaming mouse range, this mouse was wired, it is sold now, and during its existence, the wired model has been repeatedly improved and refined. And now the level of technological development has allowed the company to release a gaming mouse, not inferior in terms of response to wired gaming mice. Logitech has been manufacturing gaming mice for a very long time, and therefore, mice of this manufacturer were considered when choosing a gaming mouse. The development of gaming mice in the company is engaged in the gaming division “G” and today we will consider one of their latest developments, which is the G502. The company has invested all its new technologies and experience in this model. Let’s start by looking at the appearance of the mouse.

The mouse comes in a box made in the company colors for the game series products:

On one side of the box are the main advantages of the mouse:

On the back of the box is the mouse itself with an open compartment for additional loads that come with it:

After opening the box, we see that the mouse is in the box on a convenient stand that repeats its shape:

On the left side of the mouse are additional keys G4 and G5 as well as dpi indicator, highlighted in blue:

Also on the left side is the aiming button and which, in my opinion, is especially good because the surface under the thumb is grooved, making it easier to hold the mouse in your hand. On the back of the mouse is a glossy insert, essentially dividing the mouse into two parts:

The right side of the mouse is also corrugated, there are no additional keys on it:

On the front of the mouse are two main mouse keys, an ultrafast scroll wheel, hollow in the center, to make it even easier:

In general, the mouse, thanks to the chopped forms, has a rather aggressive design that emphasizes its gaming origin. Complete with the mouse, there are also booklets, the company logo and instructions:

All this paper documentation is placed in another mini box:

In addition, the kit also comes with a cable for charging the mouse:

The cable looks quite durable and reliable. From the appearance and configuration of the mouse, we will go directly to the technologies that the mouse is equipped with. First of all, this is the revolutionary HERO 16K sensor, which has already managed to show itself in other Logitech gaming mice. This sensor processes signals with high accuracy, making it considered one of the best, if not the best. The technology of wireless data transfer in the mouse is also outstanding – it has a response speed of one millisecond. And at the same time, which is also a big plus, the mouse received an impressive battery life – according to the manufacturer, it is at least sixty hours. But, if there is a desire and of course additional funds, then you can purchase a special rug from Logitech, equipped with technology, with which the mouse will be charged directly from the mat. True, it is worth recognizing that this rug is quite expensive.

The mouse can be fully customized for yourself in the company’s application Logitech-G HUB. For each of the eleven mouse keys, you can assign an action of your choice. During use, the mouse left only positive impressions. It is perfectly balanced, perfectly in the hand, I did not even need to use the additional loads that came with it. I also note that during use there were no accidental keystrokes. It’s time to summarize the review, weigh all the pros and cons of this model. Looking ahead, I note that there are much more pros than cons. The mouse has an excellent design, excellent shape, one of the best sensors-HERO 16K, impressively short response time, long battery life, ultrafast scroll wheel, many additional keys, additional weights to make the mouse heavier if necessary in the package.

Of the minuses, a rather high price can be noted and the fact that the mouse is made in an asymmetric body shape, it will not work for left-handed people. In general, in my opinion, this model can be safely recommended for purchase. On this I will end this review. 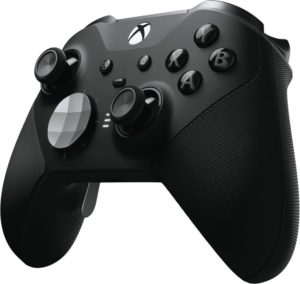