The Krups KP100B10 Dolce Gusto coffee machine, manufactured by Krups, a well-known manufacturer of household appliances, was purchased to replace the exact same machine, purchased more than 5 years ago, which has served faithfully and all this time and even has been fully operational so far since. The problem is that either from old age, or for other reasons, a water tank began to leak (or a microcrack appeared or a valve began to leak water).

Unlike my old device, which was black and white, this one is completely black and has a red dude power cord. The coffee maker is sold packed in a bright cardboard box:

On the “front” side of it there is a sticker promising bonuses from Dolce Gusto. This information is true. On the other sides of the box there is (accompanied by inscriptions exclusively in English) various kinds of visual information about the product, its technical characteristics, operating principles, rules of use and actually about coffee from Dolce Gusto:

The manufacturer continues to educate us even during the opening of the box, which is closed in a very non-trivial way:

Inside the box we find two colorful booklets with a description of coffee and other drinks from Dolce Gusto, as well as a brief visual instruction manual for the coffee maker. In the box, in addition to the coffee machine itself and the separately packaged removable stand for the cup with the drink, as well as the aforementioned booklets, there is also a rather voluminous brochure containing safety information in many languages:

In the holder for the capsule with the semi-finished product for the drink, a plastic capsule simulator is initially inserted, which is used according to the instructions for the initial washing of the unit:

For the preparation of coffee and other drinks using this coffee maker, these branded capsules from Dolce Gusto are used, which must be purchased separately. In this case, we see capsules for cappuccino coffee, the preparation of which requires the consistent use of a capsule with a milk mixture (white) and ground coffee itself, through which boiling water is passed under pressure through a special hollow needle:

It looks like a capsule tucked into the holder:

And so – a holder with a capsule half inserted into the coffee machine (the needle lowering handle is raised up):

And here is the hollow needle itself, which was mentioned above:

In the back of the coffee machine, a removable water tank with an exhaust valve at the bottom is mounted, which this compact model lasts for two not quite full large coffee mugs:

The tank when removed, ready to fill with water:

The on/off button of the device is located on the left side and flashes in red until the heating element reaches the required temperature. Upon reaching full readiness for work, the button starts to glow steady green. It is fashionable to prepare a drink by choosing the left position of the upper lever that starts the high pressure pump to produce cold drinks and the right one for hot drinks. The positions are marked on the lever with blue and red marks, respectively, which is clearly visible in several photos from this review.

Summary – the capsule system for preparing drinks, the cheapest in terms of the cost of both equipment and consumables, is distinguished by perhaps the largest selection of types and varieties of coffee, cocoa and some other drinks that can be prepared using it. Nevertheless, consumables are still quite expensive and their price depends heavily on the seller’s appetites, since the spread is quite large. But for several years of use, I have already adapted to buy cheaper Dolce Gusto products, which I also wish for others. 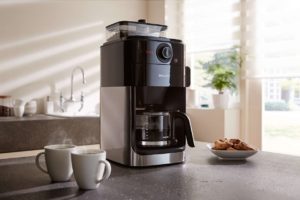 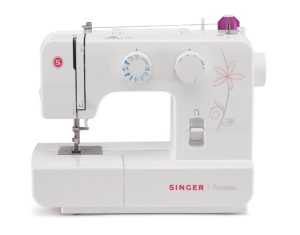