As for the Palit version of StormX itself, this is a typical budget solution, a video card is delivered in a small box with a design familiar to modern video cards from Palit, inside which, apart from a video card, you will not find anything else but a couple of booklets. The video card itself has modest dimensions and the same modest cooling system. In this case, we are talking about a simple aluminum radiator, blown by one 100mm fan. In this case, the radiator only has contact directly with the video card itself. The video memory and the power supply subsystem do not have any heatsinks and contacts with the main heatsink and are blown by a standard fan according to the residual principle. Of course, this video card is not equipped with any backplate.

I will test the performance in comparison with the GTX 1060 3GB in the face of the flagship MSI Gaming X in good overclocking up to 2136 MHz in the core and 9300 MHz in memory. This video card is notable for the fact that its characteristics are close to the GTX 1650 Super, but based on the architecture of the previous generation. I would be happy to add other graphics cards for comparison, but I have no other graphics cards. Note that the GTX 1650 Super will be tested in the normal mode, the core frequency is kept on average at around 1900 MHz, which is very good for such a budget video card with so much modest cooling. Below you can see the graphs of the results.

The results are quite interesting. The GTX 1650 Super, even in the most budgetary version in the normal mode, managed to bypass the overclocked GTX 1060 3GB with a good advantage. It is obvious that architectural improvements are not empty words. And below I will touch upon this issue in somewhat more detail.

It’s no secret that GTX series video cards cannot work with either DLSS or RTX technology due to the fact that they are physically deprived of hardware RT and Tensor cores. And many people mistakenly believe that this is the main difference between new video cards based on the Turing architecture and older video cards based on the Pascal architecture. Many people mistakenly believe that RTX itself is entirely considered only due to hardware RT cores. In fact, everything is not at all that simple. The fact is that hardware cores consider only one of the many tasks that a video card has to do when using RTX technology. And this is quite clearly demonstrated to us on the official slides of Nvidia below. It turns out that new video cards are much faster to cope with Ray Tracing technology due to the Turing architecture itself,

We will be convinced of this by the recently released tech-demo from Crytek called “Neon Noir Ray Tracing Benchmark”, which works on all video cards, does not require any special video cards or computational units and works only due to the unified shader units of the video card itself. Thus, by comparing the results of video cards with similar performance and characteristics on the Pascal and Turing architectures, we can clearly see whether this is actually the case.

In my opinion, the result is more than convincing. The GTX 1650 Super even in the normal mode bypasses the GTX 1060 3GB in this benchmark in overclocking. Overclocking the GTX 1650 Super increased this gap to 55%. There is an obvious fact that architectural differences drastically affect the speed of Ray Tracing technology on different video cards, even without using any additional hardware units.

To better understand what exactly can make such a difference, I suggest going back a little higher to the first slide from Nvidia. On it, we clearly see that both INT32 and FP32 calculations are used to draw one frame in Metro Exodus using Ray Tracing technology, and at the same time. Obviously, this is one of those features that gives new graphics cards an architectural advantage. After all, past video cards did not know how to do this. Video cards based on the Pascal architecture are able to execute IN32 and FP32 only alternately, while video cards based on the Turing architecture do it in parallel. On the official slide below from Nvidia, the emphasis is precisely on this difference in the example of GTX 1060 and GTX 1660 Ti video cards (we should not be confused in any way, because we are comparing architectural features,

In addition, video cards based on the Turing architecture received such improvements as a threefold increase in the amount of cache memory, as well as a doubled computing speed such as FP16 (previously this was only on AMD Vega video cards and was called Rapid Packed Math). As a result, we get a situation in which a video card based on the Turing architecture, even with seemingly similar characteristics due to parallel computing and increased execution speed, can be up to two times faster than a similar (in terms of characteristics) video card based on the Pascal architecture. Official slides from Nvidia clearly hint to us about this.

You may of course ask yourself a question: “Why does a video card need all this, which still does not know how to work with RTX technology?” Right. And the answer is pretty simple. Firstly, any architectural optimizations and improvements in any case bear fruit, and even now, even on the example of tests in old games, we clearly saw that the GTX 1650 Super is able to bypass the GTX 1060 even despite the overclocking of the latter. Second, RTX is just one of Nvidia’s ray tracing implementations, but not the only one. Technodemo from Crytek clearly showed us that ray tracing can be enabled on conventional video cards, gaining an obvious advantage due to the architectural features of new video cards. If anyone follows the industry, you probably already know that not so long ago, another techodemo was demonstrated, but already from Epic Games using the example of the future game engine Unreal Engine 5, in which we were clearly shown the work of their own implementation of ray tracing for Global Illumination, which they called Lumen. This technical demo was launched on the upcoming PlayStation 5 game console, which is based on a video card from AMD, and therefore there is no RTX and cannot be there. Obviously, many future multiplatform projects will make it possible to include alternative tracing options to the best one that does not require any special graphics cards or blocks. And new video cards based on fresh architecture in such projects will feel very good, much better than video cards based on the architecture of previous generations. Therefore, do not rush to write off video cards without hardware units, GTX series video cards and draw direct parallels between old and new video cards.

In addition to all of the above, it should be added that all video cards based on the Turing architecture, even from the GTX series, are not deprived of technologies such as Variable Rate Shading and Mesh Shading, which can also give an additional advantage to new video cards. In particular, Variable Rate Shading is already used in a game like Wolfenstein II and gives an additional boost to performance, albeit not so significant (yet). As for Mesh Shading, everything is very interesting here. The fact is that in the Unreal Engine 5 technodemo, an unlimited polygonal mesh technology called Nanite was demonstrated, which allows you to draw billions of polygons in one frame without sacrificing performance. So this technology is based on the same principle of work as Mesh Shading.

Summing up, I will touch upon the basic features of a video card, its noise level, operating temperature, power consumption, overclocking capabilities. Unfortunately, the programs do not see the fan speed, displaying only the values ​​in percent, so you will have to operate only in percentage terms. The fan on this video card is always spinning, there is no stop mode here, therefore, even without load, the fan rotates at about 35%. Under full load, the revs increase to about 57%, while the core temperature rises to about 62 degrees. The noise level is noticeable, moderate, it is audible, but not so loud that it can be called loud. Do not forget that all this is quite individual and everyone can perceive it differently. Temperatures and fan speed will also depend on the room temperature, the case, and its airflow. Therefore, all the values ​​that I give apply only to my conditions. In other systems located in different rooms, the values ​​may differ from mine.

Energy consumption was measured using a standard household wattmeter through which the system unit was connected. Therefore, the power consumption data reflects the power consumption of the entire system unit from the outlet. The efficiency of my PSU is approximately 90%, which means that the actual system power consumption is approximately 10% lower. Measurements of energy consumption were carried out under different loads, so that it was more clearly visible which components of the system unit consume exactly how much electricity. The manufacturer claims the level of power consumption for this video card at 100 watts. Programs like GPU-Z show roughly the same values ​​on average under full graphics card load. With undervolting, this value is reduced to an average of 70 watts. The processor consumes an average of 60 watts. The video card is equipped with an additional 6-pin power supply, however, the Power Limit value cannot be increased on this video card. Therefore, overclocking is possible only within the standard value of the power limit of the video card. The core overclocking reached about 2025-2040 MHz on average, but the memory conquered as much as 14600 MHz. Undervolting to a minimum value of 850 mV is possible at a frequency of about 1785-1800 MHz.

Based on all the data obtained, test results, measurements and objective sensations, I can conclude that the video card is extremely successful and interesting. It offers excellent performance, low power consumption, modern architecture and a reasonably affordable price tag. Of the downsides of the Palit version of StormX, I can only single out a not very effective cooling system with a corresponding noise level. To the pluses of this video card, I will also add the presence of a full-fledged hardware NVENC Turing decoder, as well as the possibility of hardware calculations when using CUDA. 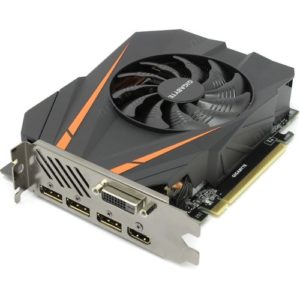