Intel has long established itself as a market leader in processor manufacturing. Moreover, this leadership is fixed at once in two markets, desktop (home) and server. Often, the separation of processors into server and desktop is very arbitrary, but the price of equivalent processors of different lines quite often differs. At the same time, Core i7 will cost from 10 to 20 percent more than a similar processor for an entry-level server. Here is such a processor is the INTEL Xeon E3-1240 v5, which is no different in interior from the same Core i7 of its generation. The only difference may be the lack of a graphics core in Xeon. This fact can be both a minus and a plus. Here, everyone chooses for himself, but, for example, to build an uncompromising gaming PC, the lack of a graphics core can be a plus, because

Traditionally for a processor manufacturer, intel supplies two types of the same components to the market. These are BOX and OEM versions. The BOX version is intended for sale in retail chains and comes in a box equipped with the simplest cooling fan. Usually this fan does not correspond to the loads that the processors will experience after assembling the PC. This primarily concerns processors of the middle segment and higher. Everything below the middle segment feels quite comfortable with a regular cooler. OEM version is intended for wholesale sales to large assemblers of PCs. It comes already without a box and a cooler, only one processor in a protective package. But why are they sold in retail chains? For the most part, to spur competition within a single manufacturer. The disadvantage of this is just a year of warranty on the OEM version of the processors, unlike the standard 3 years on the BOX version. With this, the OEM price is lower than BOX. It’s up to you to decide which version to buy, but, from my own experience, I’ll say that there is no difference in them, and the life of any processor is much higher than these 3 years, which is provided for the BOX version.

Let’s now evaluate in detail the OEM supply of the processor:

An ordinary bag in which the processor is wrapped. And that’s it! Moreover, there are several packaging variations of OEM versions of processors. I think that the bag is the worst of them. Therefore, I always check the processor for possible chips directly upon receipt. I open and inspect for external damage. It is necessary!

Very sloppy packaging. There is of course a minus.

Marking on the spot, keys on the spot, no chips or breaks. By marking, if desired, you can find out where the processor came from and when it was made. At your discretion.

On the reverse side, everything is as always. As a matter of fact, this is where the entire “rich” OEM package bundle ends.

Next, consider for what purpose it is possible to purchase this processor. Personally, I am familiar with two. And I’m not just familiar with it, but I fully use Xeon in my home PC and entry-level server at work. For more than 5 years now, the ancestor of this processor has been working at home on the LGA1150. Also Xeon E3 is not v5, but v3. I bought it just to build a powerful (at that time) gaming PC. And it cost decently cheaper than the analogue with the prefix i7. Now, the situation within the same core has not changed a bit. I deliberately took INTEL Xeon E3-1240 v5 to organize a virtualization server for the needs of a small company. At the moment, he is doing an excellent job. In 24/7 mode, without any problems supports the operation of the ESXi server, with 15 virtual machines constantly running on it. At the same time, 90% of virtual machines are based on the Linux OS, and quite comfortably complete the tasks. In order not to be unfounded, I will present you a photo of the operation of such a server in the assembly on the Asus P10S server motherboard:

The P10S series motherboard is great for configuring ESXi and is almost fully compliant with specifications. Separately, you only need to buy a raid controller, but this will be in most budget assemblies. I repeat, for those who do not want to save, you can always find an uncompromising solution.

In the photo above you can see 15 virtual machines turned on. At the same time, there is still a small margin in the launch of another 2 or 3. Yes, the amount of RAM is almost exhausted. But this is due to the fact that two virtual machines are now provided with more RAM as a test. In normal mode, they work stably with half the volume. CPU load with this configuration is visible in the graph below.

Personally, I believe that the virtualization server on a single-processor platform INTEL Xeon E3-1240 v5 is quite viable. It all depends on the needs and volumes of the company. You can always, if you wish, put a second such server, which in the end will come out cheaper than full-fledged dual-processor systems. Here it is necessary to decide separately in each case.

What did I want to say with this review? The main thing is that at the end of 2019, it is quite possible to find feasible tasks for processors of the not the latest series to date. 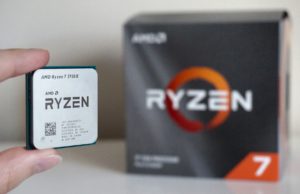