Hello everybody! Let me start today’s review with a well-known proverb: Business is time, fun is an hour. Its meaning is clear even to a child. So I’ve already worked enough, I think the time has come to relax and plunge into the world of games and entertainment.

On the calendar October 1. Since the start of sales of the new portable Nintendo Switch Lite game console, a little more than a week has passed, and I already have it on the coffee table. And I bought it through the online store.

Is this a miracle? Although, a miracle or not, let’s figure it out. And by tradition, let’s start by unpacking our console.

The prefix came in a neat colorfully decorated box, protected from above by a vacuum packaging made of polyethylene. To be honest, opening was a bit exciting. For the sake of such a moment, I stepped back from my rules: always open the packaging at the point of delivery. But here, a special case, not every day you get new games.

Inside, surprisingly, everything turned out to be extremely simple. The console itself, the documentation and the charger with a USB Type-C connector.

The 5V and 1.5A power supply unit seemed disproportionately large to me. But the manufacturer knows better.

I examined the game console from all sides, still not fully believing what had happened.

What is the console itself? The design of the Lite version is very similar to the Nintendo Switch. That’s just her size decreased by three centimeters in length. Accordingly, the diagonal of the display has slightly changed. Now it has become 5.5″. At the same time, the type of matrix has remained the same. This is IPS with a resolution of 1280×720. At first glance, all these changes may seem insignificant. But in fact, this changes a lot.

The prefix has become more convenient to hold, carry, folding in a pocket of a backpack or bag. On occasion, you can put in the breast pocket. But I would not advise you to check this in practice. It is better to get an Ali Express case or case on occasion.

It would be unfair not to note the fact that resizing did not affect the speed of the console, its performance. Despite the reduced size of the case, which actually contains the same hardware as in the flagship model, our console only heats up slightly. I must say thanks to the developers for the high-quality cooling system.

Unlike the Nintendo Switch, Lite has turned into an extremely portable version of the device, made in one monolithic block of soft-touch plastic with excellent build quality and the absence of any backlashes. Despite the fact that its price has decreased by more than a third, I would say that the sense of budget consoles is completely absent. But altruism here does not smell. The lite version has lost multi-colored joysticks and a docking station. The ability to connect to an external display or TV disappeared, and at the same time it went into oblivion and the game together. The network version, as an alternative to the pair game, is not considered by me now because in this case each player has his own display device. All this means only one thing – we can rely solely on the mobile use of our console.

The control layout inherited from the Nintendo Switch has undergone some changes. On the left side, the “joikon buttons” miraculously turned into a real cross with a soft stroke.

And on the right side, the button stroke has also become softer. Sensations have changed dramatically. As for me, it has become much better.

The already mentioned cheaper device simply could not go unnoticed. After all, together with joysticks, a high-quality vibration miraculously disappeared. As a result of this, the prefix lost the vibration function in general. What is the reason for this decision? Perhaps saving on the power of the vibration motors, the developers decided to increase the battery life of the console? And indeed, it has grown somewhat. And now, depending on the toy, the prefix can work up to seven hours (against the old 4 in the Nintendo Switch).

But what about games in which HD Rumble (vibration) was an integral part of the gameplay? Whether it was a shot at DOOM or a jump at SUPER MARIO ODYSSEY, they were all accompanied by a specific tactile response. Through these sensations, feedback was carried out, thereby helping the player plunge into the world of virtual reality. Game developers have found a way out of this situation. If you can’t shake the console, you can shake the image. Of course, this turned out to be not so great, but it had the desired effect.

Yes, I almost forgot about analog sticks. They have not changed at all, and still cause complaints. At the same time, it is very difficult to evaluate their reliability.

How sticks behave can only be shown by time, time and time again. But if a breakdown does occur? What about the repair and the problem of the so-called “stick drift”? Nintendo Switch solved the problem by acquiring a new joikon. And in the case of Lite, you can’t do without a service center. Of course, I have not yet noted such a phenomenon in my own country, but why the hell …. The Internet is simply replete with such examples. It’s getting a little scary.

What is the situation with multimedia features? Are there any differences from the flagship model? Lite can please us YouTube and … Alas, the list has been exhausted. Any browser in the console is missing at all. The maximum that I have managed to achieve so far is to view news messages and visit the store with digital versions of games. This is of course a useful thing, but for many it will not be affordable.

And not all games really cost that much money. You can certainly buy games through a retail chain. And sometimes I do that.

But this does not change the essence of the problem. So it turns out that only demos will save the world. In other words, there is nothing to catch without money.

For those who are faced with the Nintendo Switch for the first time (and in our case this is the Lite version), I will demonstrate screenshots and clips of the gameplay.

Nintendo Switch Lite is the portable console you’ve been waiting for. Unexpectedly lightweight, with powerful stuffing and a bunch of hits of all genres and types, Nintendo Switch Lite is the ideal console for those who value mobility, power and at the same time the ability to play portable games. In addition, this prefix will be the perfect gift. Very pretty, comfortable and compact, she brought a new stream to the industry of modern portable consoles. However, those who are thinking about acquiring Switch Lite should understand that this console, although it has a number of advantages, is not without its offensive flaws. It is intended for a single, portable game. At the same time, Switch Lite is very limited in its capabilities. The number of games compatible with the device is slightly less than that of the Nintendo Switch. Do not forget that that using two consoles at the same time will be very problematic. Yes, the task is difficult, but, according to the developers, it is completely solvable.

If you are not afraid of certain difficulties. If you are looking for a more convenient, lighter and sleeker portable solution, with the possibility of long battery life, then most likely that Switch Lite is your option.On this I say goodbye to you. Successful acquisitions and see you soon! 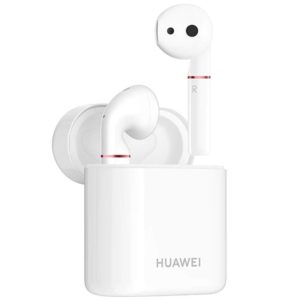