Hello. I hope that my short review of this cooler will help someone with the choice of cooling.

I decided to change my aerocool verkho 5 dark because it was a bit tall for my new case. The choice is simple, not so long ago I put about the same pccooler to a friend, only he was 4 tubes cheaper. I liked the look and test results.

The cooler is delivered in a cardboard box. It includes the cooler itself, fasteners, instructions and paste.

A protective film is glued on the base, which is not needed there at all, given the quality of its processing. But it is quite smooth without any irregularities visible to the eye.

But the most interesting thing is that there are gaps on the base between the tubes. That is, between the tubes there are, as it were, pits in the form of these cracks, as they interestingly polished the surface. Maybe I’m out of luck with the copy? I think this is what affected the temperatures in the test.

Installing on AM4 is nowhere simpler, it just throws ears and that’s it. Just do not break the textolite of the motherboard. In my case, the cooler does not reach the first RAM slot, and even if it would get out, it’s okay, it costs 2 and 4.

The test results are very doubtful. I think all the same, these gaps between the tubes played a role. The manufacturer claimed 160 TDP, but on my R5 2600 4100 for all the cores at a voltage of 1.2 V, the temperature reached 76 degrees, which is very much, considering 80 with a trifle of watts allocated by the processor. The same verkho 5 dark did better, although 160 TDP is also stated there, although the price is 1000 rubles more. Of course, the fan was in gentle mode, but still. The paste was everywhere used MX-4, a body with 3 turntables for blowing.

What we have at the exit: a good cooler for moderate money. Appearance at a height, it is low, which is important (148mm). But the impression from the surface of the base got a little spoiled. But in general, I recommend the cooler, a good option for the money. 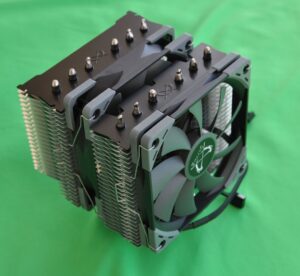 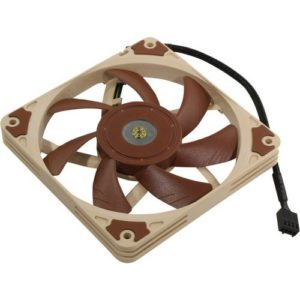 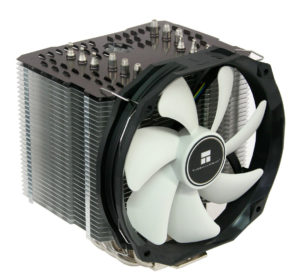