What is a hairdryer in today’s environment for every person? This is a device that allows you to very quickly bring your appearance to the appropriate state. Of course, a hairdryer is needed for everyone who cares for their hair and preferably anywhere.

That is why, when a device fails without which it is difficult to imagine your daily life, you begin to frantically close this gap by buying a new device. And so it happened when my wife broke, having served a long and good life, a hairdryer from Philips.

I didn’t choose a replacement for long, and as you understand, I again purchased a hairdryer from the same manufacturer. In general, we were very pleased that the last hair dryer from Philips turned out to be 12 years old.

We did not watch hair dryers from other manufacturers, as Philips has a time-honored success story behind Philips. Philips is from Holland. It dates back to 1891. It was then that the Philips family thought about the production of light bulbs using coal filament technology. As further developments showed, this was a wrong path, because, at that time, German manufacturers introduced a more promising technology using tungsten filaments. Tungsten filament had an efficiency advantage over coal filament more than 3 times! However, Philips continued to develop with varying success in the production of electric lighting lamps until the 1930s. Before the Second World War, Philips began to diversify its business and introduced the manufacture of household appliances for the population. These were electric shavers, heating appliances, electric kettles, coffee makers and irons. In the 70s, the company began to master the production of audio equipment (cassettes, tape recorders, players, etc.) At this point, Philips began to experience enormous competition from Asian manufacturers such as Sony and LG. Having got involved in a competitive race, Philips began to suffer its failures, both financial and strategic. Towards the end of the 20th century, Philips made a strategic decision to develop the production of medical equipment for professional and domestic use. Here come to mind products such as ultrasonic electric toothbrushes, irrigators, as well as teeth whitening systems. With all this, the company continues to produce both LED lamps and household appliances for daily use.

Why did I pay attention to the history of Philips? The answer is very simple – it has been the responsible production of our products over a century that allowed us to reach the level of quality of manufactured goods that could be used for decades.

And what about the hairdryer model itself? We purchased a Philips BHD290 / 00 Hairdryer in pink.

This hairdryer is equipped with ThermoProtect technology. It allows you to maintain the optimum temperature of the airflow during hair drying, which has a beneficial effect on the health of the hair. In addition to this, the hairdryer has an ionization system that allows dried hair to give more shine and gloss.

The hair dryer is wonderful. I am sure that he will serve us faithfully for many years! 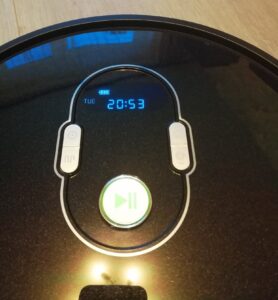