The process of transition to a new platform, I started from afar and took care of replacing the power supply (PSU). My not very old PSU 500 watts for the current system was enough end to end. At the beginning of the journey, I buried myself in the forums, looked at many dozens of reviews … As a result, my vision of the price of 50-60 USD for a power supply grew first at 80-90 USD, and then at 100+ USD.

“Stop! Think with your mind, ”I told myself, and sat down at the“ calculator ”. It turned out not so much: the configuration of a rational dream “eats” under 550 watts clean. This number must be adjusted for the efficiency of the power supply. Any power supply unit with an 80+ certificate gives an efficiency of at least 80% (in the case of high-ranking certificates, up to 90% or more). I acted simply: I added 20% to the need and received 660 watts. Here I give you round numbers, in reality, after all the calculations, I actually had enough 650 watts power supply.

After analyzing the prices, I realized that the price difference between the 650-watt and 700-watt power supplies of one model is insignificant. Further, the comparison was carried out only between 700-watt PSUs.

Also decided on a certificate 80+ – it should be, albeit any. The requirement was born not so much from the desired efficiency as from the idea that normal manufacturers would not be wasting effort on certification of an obviously weak and poor-quality model.

As it turned out, the choice of PSUs of good manufacturers, the required capacity, with a certificate and a sky-high price tag is extremely small. Actually, here it is, the hero:

He arrived in such a speckled bag:

In the “kit”, respectively, was only the BP itself.

Surprisingly, the PSU case, despite its OEM status, was practically not scratched (with horror I recall the previous OEM FSP from a completely scratched light alloy):

Let’s go over the most important points:

I am pleased with the purchase as an elephant. Now we can only hope that the PSU will last for many years.

Cons: protective grid only on the power cable of the motherboard, connectors of additional power of video cards on one “pig”. 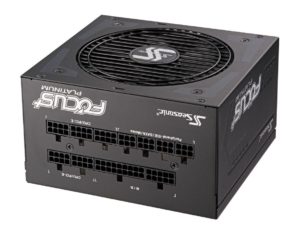 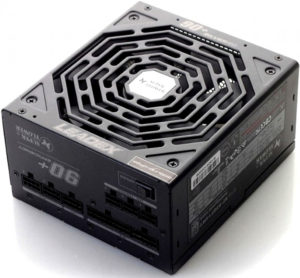 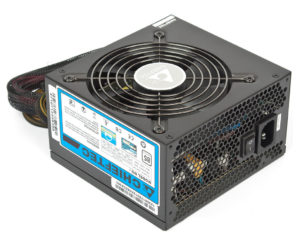