Hello. I think for many modern families the lack of a TV in the kitchen will be something inconceivable. In my family there was always a TV in the kitchen, but once it broke and I frankly was very happy about it. I really wanted to buy a modern and functional TV for the kitchen.

Today, the TV market is saturated with a variety of models from different manufacturers, but I personally am impressed by the Samsung brand in this area. TVs of this brand have long established themselves as sufficiently high-quality and widely functional devices. Of course, you definitely overpay for a brand when buying a Samsung TV, but in my family and in many other families they prefer this particular brand.

The screen of the Samsung UE24H4070AU TV of my choice has a small diagonal of 61 centimeters, but this will be more than enough for using it in a small kitchen.

Samsung UE24H4070AU for sound output has two 10 W speakers, but in fact I can say that the volume of these speakers is quite enough for a small room.

I consider the presence of a digital DVB-T2 signal receiver in the TV to be very important, which allows you to configure and view free digital content. Although at the moment almost all TVs have this technology.

Perhaps for some it will be a nice bonus for the TV to have a connector for the CAM module and, accordingly, the DVB-S2 tuner, which allows the owner to connect a satellite dish to the device without using a digital satellite receiver. With this connection, an extra device in the form of a satellite receiver is eliminated, allowing you to switch channels and make settings with one remote control. Also, with this connection, an additional energy consumer is excluded from the circuit.

The energy consumption of this TV will delight any economist, since in power mode it consumes a maximum of 50 watts, and in standby mode it is generally 0.3 watts.

Since the Samsung UE24H4070AU TV has a small screen size, its dimensions are quite compact, and its weight is 4.1 kilograms.

It is possible that for someone there will be a drawback in the small screen resolution of this TV, but with its small diagonal, this resolution is quite acceptable, and if there is a higher resolution like Full HD, the price of the device will be much higher.

The TV comes in standard packaging for such a device. Inside it, the TV is fixed at the bottom and top with foam packaging inserts, and is also wrapped in white packaging material.

In addition to the TV set, there is a remote control, two batteries, a network cable, a removable stand and related documentation.

The removable stand is fixed to the TV with screws. To connect the TV and the stand under the force of any person since it is as simple as possible. To ensure the TV is stable on a horizontal surface, rubber seals are placed on the back of the stand.

The network cable at the point of connection to the TV is made in an angular orientation, which allows you to place the device on the wall without interfering with this node. For mounting on a wall in the TV case there are four threaded holes that allow you to fix a special stand, which must be purchased separately. Since there is not much free space in my kitchen, the TV will definitely find its place on the wall in the future.

There are also two connectors for connecting a television cable. In one of them a simple antenna or cable television cable is connected, and in the second cable from a satellite antenna.

It is possible that the presence of an HDMI connector on the TV for someone would be a big plus. With this feature, this TV can be used as a monitor.

About the settings and functionality menu, we can say that it is very simple. At the first start-up, after determining the main parameters, twenty free digital channels of free broadcasting were configured. But in some remote areas at a great distance from the signal source, only ten channels can be detected.

The TV screen seemed colorful enough to me. I was also very pleased with the viewing angle of the screen, when you are very away from the TV, the picture on the screen remains visible.

I liked the Samsung UE24H4070AU for its compact size, workmanship and great functionality. I can safely recommend this device for purchase. 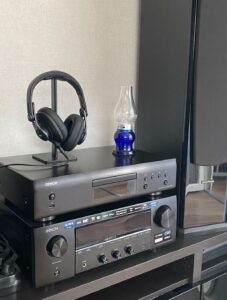 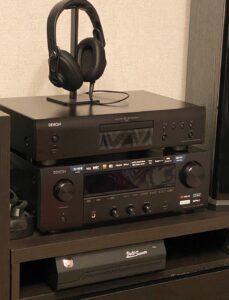 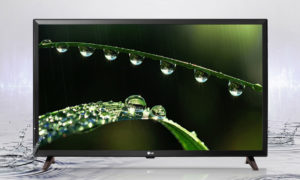