I decided to update the RAM on the computer while it is cheap. Unknowingly, I first bought 2 modules of 4 GB and then the same amount, but on my motherboard (ASRock AB350 Pro 4) four modules did not drive at all, but I also did not want to sit at a frequency of 2400. At first I tried to find the slats on Samsung b-die, but they cost about 135 USD, it makes no sense to overpay so much. I stopped at these, they are built on Hynix CJR modules, which is also not bad and cost around 100 USD.

By Unfortunately timings could not shrink, I have them work with timings 20-19-19-20-40. The memory voltage raised to 1.38 at soc 1.2, since there was no stability. Secondary timings are all on the car, there was no desire to poke around there, and so the effect in games is very noticeable, the frame timeline became much smoother and the frequency increased on average by 6-8 frames (Ryzen 1600 processor; RTX 2070 graphics card). In Hades, the delay was 72.3 ns. There were stability problems on the ASRock motherboard, I decided to test on the gigabyte b450m s2h everything was fine there.

The RAM comes in the usual plastic packaging, there is a sticker in the kit. I was not able to carefully pull out the memory without ruining the packaging. Memory production date: September 2019. Be sure to update bios to the latest version for better stability.

In cases with a window it will look pretty nice, but my case is closed, so for me the presence of radiators makes only practical sense, albeit a little.

In the final analysis, on the AM4 platform these modules can work quite normally, of course there is no reason to expect any special achievements from them, but they are also relatively inexpensive. They keep their frequency, albeit at a higher voltage. I tested it on budget motherboards, maybe on more expensive ones it will be possible to tighten the timings, at least until CL 18. I’m sitting at 20. I can advise you to buy, but maybe not everyone will be able to run them on the declared characteristics, the memory is optimized for the intel platform, therefore, some configuration efforts in BIOS are required. 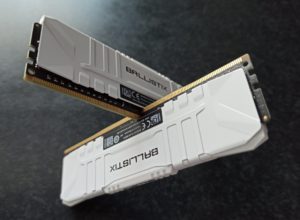 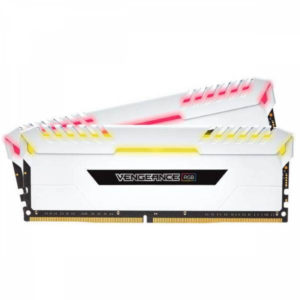 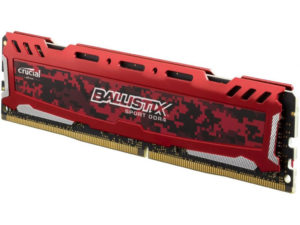