The SonyA6000 was purchased as an easy and compact option for walking and hiking, where high quality photographs are not required and the weight of portable equipment is limited. I will not describe in detail the technical characteristics of this device, the camera is quite old, released in 2014, and there are enough reviews on the Internet. I’ll only tell you about my impressions of the camera during use. In the meantime, several photo cameras from different angles and the scope of delivery.

The A6000 camera belongs to cropped cameras (APC-S format) with a 24MP sensor, the minimum shutter speed is only 1/4000, there is a folding screen, a very convenient thing, as it turned out. A low-pass filter is installed in front of the matrix. Due to the small working distance on the camera, you can put any lens through the appropriate adapter. Well, the most important thing is the weight of the kit.

Included with the camera was a whale lens Sony E PZ 16-50 mm F3.5-5.6 OSS (SEL-P1650). PZ in the name means PowerZoom, i.e. electronic zoom, zooming on this lens is carried out using the lever on the side. Due to this, zooming occurs smoothly without jerking, it is very important for shooting video, for a photo it’s a very controversial thing, it’s much faster to manually zoom in manually.

It is clear that the whale lens 16-50 / 3.5-5.6 does not fully reveal the full potential of the camera, for this we need better quality glasses, but it is more than enough to evaluate the capabilities of the camera. The 16mm lens is very sharp already at the open aperture in the center, while the edges are noticeably washed out. If you press the aperture to 8-11, then the edges become better, but still not sharp compared to the center. Also noticeable is a general drop in sharpness in the center and at the edges after 40 mm, so the extreme focal length of 50 mm can be considered working only conditionally.

The camera has been in use for a couple of months, during which time it was actively tested in many genres and visited the same trip, so there was already some impression about it.

The ergonomics camera is very much inferior to DSLRs, but it can be forgiven for it, the whale kit weighs about 400 grams, and the photo quality is quite at the level of a SLR with certain reservations. I chose the camera for quite some time, studied the equal, processed it in ACR, so the choice was conscious.

I didn’t like the viewfinder, I don’t want to look at it after the DSLRs, but on a bright sunny day the screen fades, so you won’t be able to compose the picture in another way.

Of the additional functions, gluing panoramas, a zebra and Focus Peaking for manual lenses turned out to be very popular .

I can say one thing about the working values ​​of photosensitivity, the ISO1600 turned out to be quite working, the next value of 3200 can be used only with some reservations, the noise level is very high, processing does not save, but it is quite suitable for web publications.

The dynamic range of the camera is not bad at all, but the tracks are much worse than with Nikon. The worst are the lights, the shadows are a little better, but there is noticeable color degradation. The HDR function comes to the rescue , but its use does not always give a guaranteed result. Scenes with a large difference in brightness turn out quite well, in other cases HDR is better not to use, the pictures are not naturally flat and gray with poor color reproduction.

Now I’ll tell you in what genres the camera was tested.

In this genre, the camera liked the most. The pictures are very sharp, detailed, juicy in color even on a whale lens, soap edges are invisible. I especially liked how the camera transmits red, in my opinion more accurately than nikon. The most optimal focal lengths were from 16 to 30 mm.

It turned out to be not so simple. When shooting in cloudy weather, the cloudy sky is poorly transmitted, it can be seen that the camera does not have enough dynamic range. In subsequent post-processing, the light is pulled very poorly. In general, I did not like the camera here, because of this I even wanted to return it back. In sunny weather, the camera shoots very well, but the pictures are inconspicuous in color, this is mostly solved by adding contrast in the range from 30 to 60. The camera reproduces the color of the sky very well, it is colder and more natural, it is noticeably warm. I also noticed such a peculiarity that if there is a lot of green in the frame, then the whole picture starts to “turn green”. The camera conveys the green color just the worst, it is too bright and not natural.

Everything is fine here, there are no complaints about the camera, except for those that have already been voiced in the Landscape section.

It is not grateful to shoot portraits on a whale lens, but even here the camera showed quite decent results, for obvious reasons I can’t post pictures, except maybe a cat 🙂

In general, I liked the camera, of course, it will not become a full-fledged replacement for a SLR with a serious fleet of optics, but in a walk it will please me with the quality of pictures even with a whale lens. The camera shoots quite well in jpg, but with post-processing the pictures can still be improved. For growth, it’s worth buying a couple of fast fixes to fully reveal the potential of the camera. 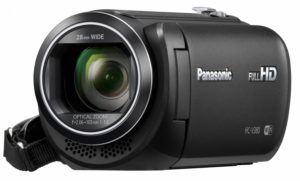 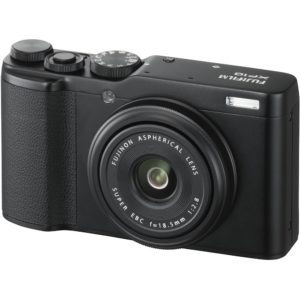